Franklin Park Getting a Makeover 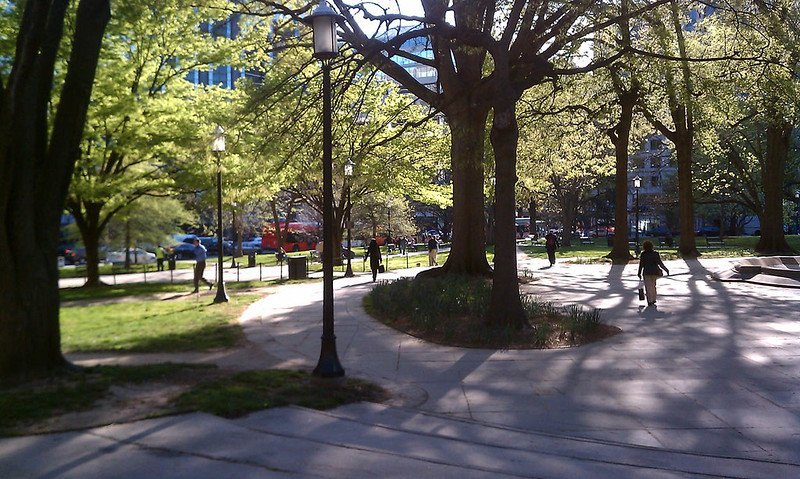 One of DC’s busiest parks is about to get a makeover. It’s a long overdue welcome for patrons of downtown’s Franklin Park.

First imagined as a park in the 1800s, the last major improvements to the park were made in the 1930s. At that time, crews added in new trees, an oval fountain, a circulation system and a flagstone plaza.

Flash forward to the mid 1970s and the park received some renovations, but not enough to drastically alter the park’s appearance. That’s why Franklin Park looks much the same today as it did many decades ago.

An $18 million renovation project aims to change that by bringing new life to the park. The city-funded project is expected to take about a year to complete, meaning most of the work should be finished by April of next year.

That’s about eight years after the current renovation project was first proposed. Plans include constructing a new pavilion with a seating area, restrooms and a warming kitchen.

Permits are also filed for making repairs due to erosion, and for general park renovations, including a plan for the fountain. Among other things, crews plan to restore or replace nearly 50 trees in the park, relocate paths, install new lighting and create a children’s play area.

Set between 13th and 14th, from I to K streets NW, the park is surrounded by prominent office buildings and the old Franklin School, which is itself in line to be turned into a museum. The park’s long been a popular location for area residents and workers, but sadly it’s seen better days.

In more recent years many people have resorted to using the park simply as a cut-through. Now with new funding in place, the National Park Service hopes to change that by creating a more attractive urban park for all to enjoy.