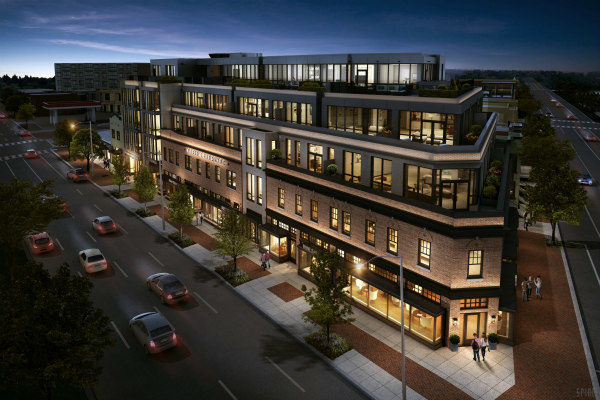 A long-standing neighborhood staple returns to Capitol Hill, but this time with condos. Frager’s Hardware has been open in the DC area for around a century, but sadly fire devastated the historic building several years ago.

Now the hardware store is back, and so are some new additions. Developers have since added condo units on top of the restored building.

Officially known as Penn Eleven, the nearly three dozen condos come in one- and two-bedroom layouts. There are also some large two-bedroom condos that include a study that can be used as a third bedroom.

Typically, the units of Penn Eleven range from around 800 square feet to more than 1,900 square feet of living space. Because of the way the new building addition was constructed, no two units in the building are exactly the same.

The kitchens come with quartz countertops and white or walnut cabinets. Some of the units include a kitchen island.

As for amenities, the pet-friendly building comes with a communal roof deck offering up sweeping views of the Potomac River, the Capitol and Rosslyn. Condo owners also have the option of buying a parking space for an additional fee.

In addition, one buyer has the option of purchasing a small catering kitchen with rooftop terrace access to the fifth floor of the building. The development additionally offers a library and concierge service.