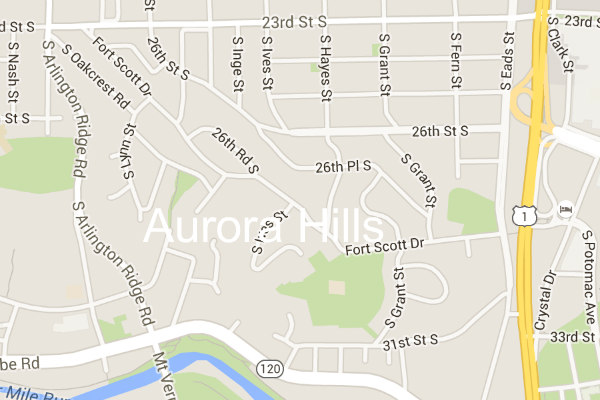 Former House Majority Leader Eric Cantor bought a nearly $2 million 6-bedroom home in south Arlington County’s Aurora Hills residential neighborhood, a highly sought-after area known for its proximity to DC, Pentagon City, Crystal City, the Metro, and Reagan National Airport.  Following a humiliating defeat in the June 2014 Republican primary by unknown challenger, David Brat, Cantor and his wife Diane have moved into a new home in Virginia.  In addition to its top location, Aurora Hills has lots of green community spaces, quiet streets, and just minutes from shopping, restaurants, parks, and recreational activities.  It is located across the Potomac River from DC.  Most residents take the Metro from their Aurora Hills home to work in downtown DC.

The Cantors paid $1.8 million for the home, more than $330,000 above the price of the home when it last sold in July 2004, according to land records filed with Arlington County last week.  Cantor---now out of office---is working full time for investment banking firm Moelis & Co., as a vice chairman, in their DC office.  The Aurora Hills home features a generous outdoor deck and patio, and a fully landscaped backyard that borders county parkland.  The home also includes a nice interior flair with high ceilings.  In addition to Cantor and his wife, the property had other interested buyers.  Previously, Cantor owned a condo on South Arlington Ridge Road in south Arlington County from 2008 until March 2012.

The boundaries of Aurora Hills are Army-Navy Drive on the north, S. Glebe Road on the south, Joyce Street on the west, and Eads Street to the east.  The nearest Metro Stations are Pentagon City and Crystal City on the Blue and Yellow Lines.  The neighborhood is also convenient to I-395, the George Washington Parkway, and Route 1.  Nearby you will find Four Mile Run with a jogging and bike trail that connects to the Mount Vernon Trail and the Washington & Old Dominion Trail.  Residents can walk to area parks, like James Haley Park, Virginia Highlands Park, and Oakcrest Park for recreational activities, such as tennis, volleyball, basketball, soccer, playground/tot lot, picnic tables and a gazebo.  Some of the best restaurants in Arlington are along 23rd Street, and shopping at the boutique shops along Pentagon Row.