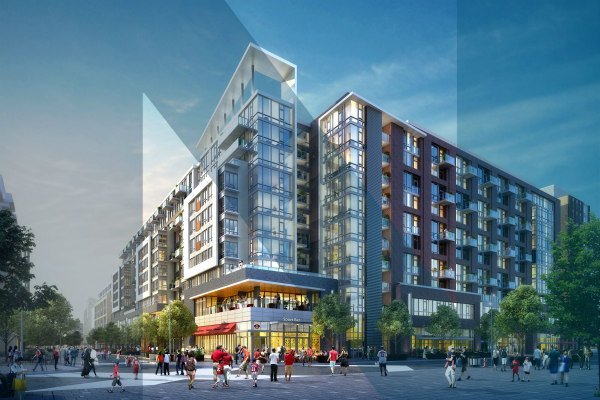 Sales are moving along at a quick pace in the Ballpark District, where the new eNvy condo project is already more than 60-percent sold. Noted as the fastest-growing condo project in the area, another eight units sold in March alone.

That’s the highest number of sales since the project first launched and sales began about a year ago. During the month of March, the project outpaced its previous sales records.

Prospective buyers are currently able to view furnished models in the building virtually and with one-on-one appointments. It’s the opportunity to get a look inside the exciting new property before the first residents begin moving in.

In all, eNvy promises 127 new condos, including studio, one- and two-bedroom floor plans. Many of the condos offer the distinct advantage of looking out directly over Nationals Park.

Remaining options in the building start priced in the $400,000s. They are outfitted with hardwood floors, full-sized Bosch appliances and high ceilings.

Many of the homes also offer large walk-in closets and smart home technology. All residents on eNvy, meanwhile, will enjoy a fitness center, a two-story library, resident lounges, a peaceful courtyard and access to a full-service concierge.

In addition, the property will offer rooftop terraces with a kitchen, fireplace and some dining space. Of course, one of the biggest draws of living at eNvy for some will be the views directly overlooking the ballpark.

Residents will also be able to purchase underground garage parking, bicycle storage and some personal storage. New residents will additionally be given the option of gaining access to a neighboring property’s rooftop swimming pool for an extra fee.

The property has also been busy bringing in new retailers to its ground level retail space, too. They join the previously announced retail anchor of Punch Bowl Social on Half Street.