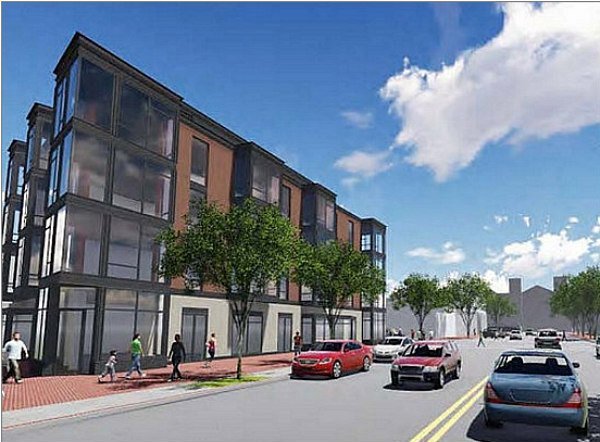 Progress is moving ahead in Barracks Row where ground was recently broken for the Emblem at Barracks Row development. This new, 20-unit condo community will eventually also include several thousand square feet of ground level retail space, with the first condos expected to go up for sale in 2018.

Future residents can expect to find uniquely designed homes, each with its own individual layout and design. The upper levels of the complex will additionally feature six penthouse units, with most offering their own private outdoor living space.

A short stroll from the US Capitol, Barracks Row is known mostly for its early 20th century townhomes, along with some single-story homes. Running for five-blocks along Eighth Street SE, current residential offerings apart from the new development range from those priced in the $300,000s to some in the multi-million dollar range.

While residential buyers haven’t had a lot of new choices in real estate over the years, that’s expected to soon change with the addition of Emblem at Barracks Row. Under construction to help blend in with the more traditional rowhouses of the area, the new construction will additionally include modern and minimalistic design features.

Noted as the DC area’s oldest commercial corridor, the location of Emblem at Barracks Row is found between Barracks Row Main Street and the Navy Yard. Members of the Barracks Row Main Street group have worked tirelessly over the past couple of decades to help reenergize the community, planting new trees and replacing some of the old sidewalks with new brick pavers, perhaps paving the way for new development too.

The walkable location is conveniently close to three Metro stations, grocery stores, restaurants and shops. The area also includes the Old Naval Hospital, which traces its history back to the Civil War and now offers cultural, education and recreational programs for the surrounding community.