Donaldson Run is an Oasis Tucked Away in Arlington 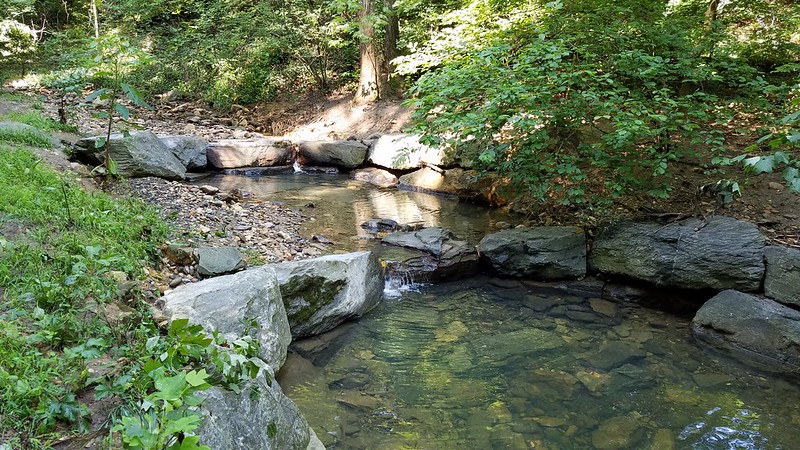 With wooded lots, hills and an easy commute, Donaldson Run is, quite simply, an oasis tucked away in Arlington. Located about six miles outside of DC, this upscale Arlington neighborhood may be close to the city, but it feels much more secluded.

Most homes in the neighborhood enjoy mature landscaping with fenced-in backyards and large front yards. While the area is home to several parks for jogging and nature walks, the Donaldson Run Stream also runs through the neighborhood.

It’s not uncommon to spot an occasional deer as you take a stroll along one of the paved paths or area nature trails. The parks provide plenty of space for hiking, setting up a picnic or walking your four-legged family member.

The largest park of all in Donaldson Run is the 67-acre Potomac Overlook Regional Park. The park features an organic garden, a nature center and it hosts summer concerts.

It’s also a good spot to hop on one of the hiking trails that connect up with the Potomac River. Other options include peaceful Lee Heights Park or taking a relaxing walk on a trail at Zachary Taylor Park.

Mostly built up around the mid-century, you’ll find a diverse selection of homes in Donaldson Run. While there are quite a few ranch-style homes, there are also some classic Colonials, contemporary homes, Cape Cods, split level homes and townhomes for buyers to consider.