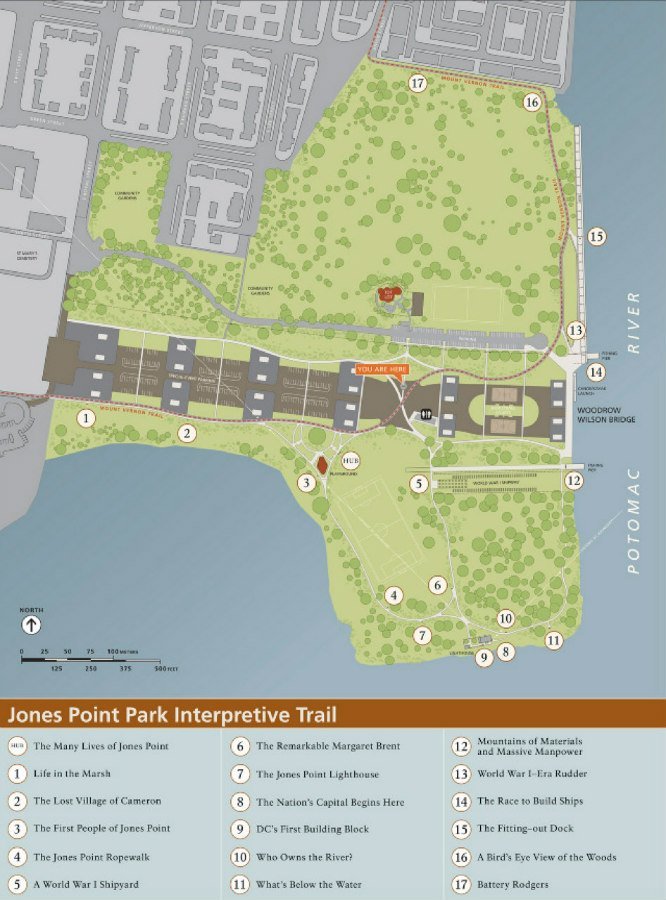 Explore Jones Point Park in the southeastern corner of Old Town Alexandria on the Potomac River, along the Mount Vernon Trail. There is a hiking trail, park, playground, and canoe launch with access to the Potomac River, and fishing piers in addition to spots for recreation. The area’s history reveals a busy commercial center and naval base. The grounds are open year round beginning at 6 AM to close at 10 PM. The trail along the waterfront allows for scenic views. Visitors can see across the Potomac River to the National Harbor, the U.S. Capitol and Washington Monument.

A gravel trail takes visitors on a tour of history with signage to read as you go. Special exhibits showcase the region’s fresh water marsh habitat, and the city of Alexandria’s history as one of the major players in shipbuilding, manufacturing and transportation in America. Two children’s playgrounds and basketball courts are found along the park. Fishing is permitted with an appropriate license where sportsmen can catch assorted American eels, rock bass and catfish.

A lighthouse, not open to the public, has been standing since 1855. The Lighthouse is a civil war era relic, and an historical attraction. It is one of the last remaining river lighthouses in the nation, and the only one in Virginia. It was designed as a navigational tool to help ships avoid underwater shoals on the Potomac River. The National Park Service established a park on the site and restored the lighthouse in the 1960s. Park Rangers offer kid-friendly programs. Jones Point Park is located to the south of Old Town Alexandria directly under the Woodrow Wilson Bridge. Parking is available at the entrance road. Driving by car from the south, travel on the George Washington Memorial Parkway, take a left on Green Street. Go two blocks, and right on south Royal Street. Drive to a cul-de-sac at the end of the street and take a left to the Park’s entrance. By bike or by walking, you can reach Jones Point Park via the Mount Vernon Trail that goes through the park. 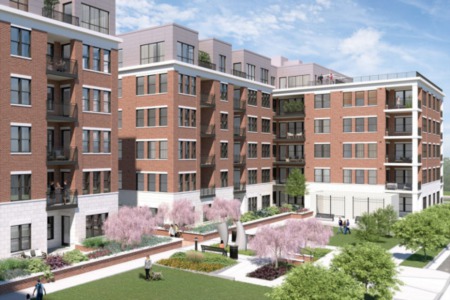 The Rise of the Dylan in Potomac Yard

A brand new condo property will soon give buyers a new option in Potomac Yard. Dylan at Potomac Yard is a new upscale condo development under ...Read More