Del Ray Is A Great Neighborhood To Discover 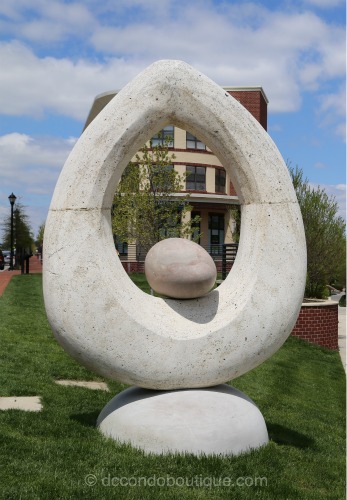 If you like to walk a real down-to-earth neighborhood, then Del Ray in Alexandria, Virginia is the one.  Mount Vernon Avenue is a true Main Street, like yester year’s, complete with eclectic stores, family oriented pizza restaurants, barbecue spots, artsy shops, and popular “Cheesetique” named “Best Mac + Cheese in the U.S.” by Food + Wine magazine.  Neighbors and kids catch up on the sidewalks alongside their dogs.  Del Ray is located very close to George Washington Parkway, I-395, the Capital Beltway and the Braddock Road Metro Station; DC is 10 minutes by car.  Four Capital Bikeshare stations are in the area as well.

Lined with independent businesses, artsy Del Ray is replete with special events like Art on the Avenue, as well as wellness businesses.  Every first Thursday of the month is the popular “First Thursday” festival, in which a new sidewalk festival takes place for family-friendly events.  Experience the legendary 500-seat music venue, The Birchmere, that hosts live music performances on the north side of Del Ray.  The biggest names in music have graced its stage like Ray Charles and Johnny Cash, as guests dine while watching the performances.  With an artsy reputation, Del Ray is home to many small shops and restaurants that envelope the streets around the Birchmere.

An Alexandria neighborhood, Del Ray is located northwest of Old Town, and enjoys a laid-back small town reputation near the big city (DC).  Homes in Del Ray are a mix of older row houses, townhouses and some brick apartments.  A varied mix of styles predominantly includes Cape Cods, colonials, bungalows and Victorians.  There is a strong demand to live in Del Ray’s relatively affordable neighborhood, which has consistently remained high even as the housing market took a negative turn.  President Obama has made several visits to Del Ray, including to custard store Dairy Godmother, Del Ray Pizzeria where pies were renamed after President Barack Obama following his visit, and Fireflies where he shared or burgers with the Education Secretary.