DC Top Neighborhoods for Livability Without a Car 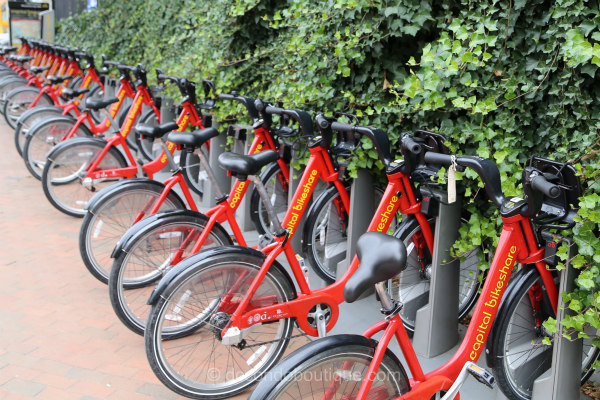 If you don’t want to have to depend on a car to get around, DC is a great place to live. While some neighborhoods rely on public transportation, other neighborhoods are extremely walkable.

DC as a whole ranks extremely well for its walkability. In fact, DC’s WalkScore ranking is number seven in terms of the most walkable large cities in the nation.

In recent years, Redfin put DC in 4th place when it comes to its list of ‘The Best Cities for Living Without a Car’. Some neighborhoods also rank particularly high all on their own in terms of walkability.

For example, Dupont Circle is a great place to get around by walking. Most residents have an easy stroll to the closest Metro station, plus the neighborhood also includes a number of restaurants and museums.

Other places that rank high on the list are also Northwest neighborhoods, including the U Street Corridor and Chinatown. Both neighborhoods have grown and changed considerably over the years and offer a lot of options to residents.

As for bike-friendly neighborhoods, you’ll likely find Logan Circle on the list. Not to be outdone, you may want to take another look at the neighborhoods of Mount Vernon Triangle and Adams Morgan for a bike-friendly, walkable atmosphere.

For those times you don’t want to bike or walk, the Metro is a convenient addition. With six lines and more than 90 stations, it’s undoubtably one of the fastest ways to get around the DC area. It goes outside the National Beltway too, and onto places like Arlington, Alexandria and Bethesda.

Another option is the Metrobus. It’s said to be one of the busiest bus agencies in the nation, with more than 11,000 bus stops in the region. Others choose to use DC Circulator buses or Capital Bikeshare service to avoid the need for a personal vehicle.