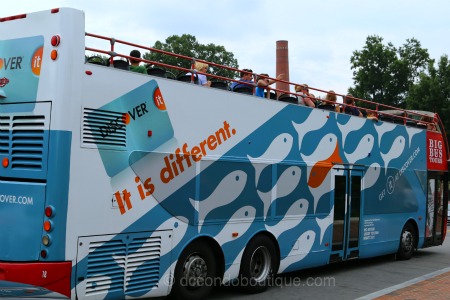 More people want to visit DC than Milan, Vienna, Paris or London, according to Lonely Planet’s annual list of top destinations.  Not only is DC the #1 destination to visit for 2015, it is the world’s best city to visit in 2015.  It is the first time DC has appeared anywhere on the Lonely Planet list, which the international travel guide has published for the past 9 years.

DC ranks as the best place to visit in 2015 for its free monuments and museums; a vibrant arts scene; celebrity chefs and restaurants; and cool new destinations like The Yards and CityCenterDC.  What else can a tourist do in DC?  Tour the three houses of Government; take a walk through Georgetown; walk, bike or kayak along the C&O Canal; see a show or concert at The Kennedy Center; explore President George Washington’s house at Mount Vernon; hike Great Falls Park; celebrate the upcoming 150th anniversary of Abraham Lincoln’s assassination; and take a walking tour of Old Town Alexandria.  Lonely Planet gives credit to First Lady Michelle Obama’s style for putting DC on the fashion map.  Georgetown is rated as DC’s “best shopping” area.

While international travelers comprised merely 8% of DC’s visitors in 2013, this represented a staggering 27% of visitor spending.  This accolade by Lonely Planet follows Forbes naming DC as America’s “coolest city” and Travel Weekly magazine calling DC “the District of Cool-umbia.”