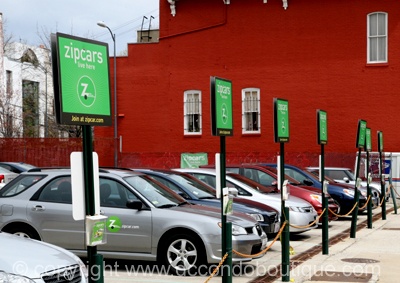 Young Americans don’t seem to care about owning a car as much as their parents once did.  New York City and DC are the two cities with the highest share of non-car households.  Surprised? Not really.  These cities have good public transit; college grads who are more interested in paying off their student loans than taking on a car loan; parking isn’t always easily available or cheap and with winter weather, it’s easier to Metro downtown to work or an evening out.  The Metro system is easy, relatively inexpensive and readily available throughout the DC region that it makes a car-free lifestyle a terrific option.

DC comes in 2nd after New York City in a survey of households in the largest 30 U.S. without a car, with Boston, Philadelphia, San Francisco, and Baltimore in the top 10.  In a growing number of American households, especially in big cities, American households don’t own a car anymore.  In a study by the University of Michigan Transportation Research Institute, 9.2% of American households didn’t have a car in 2012, compared to 8.7% in 2007.  There is a big range of car-free households across the U.S. (56.5% in New York City vs. 5.8% in San Jose, CA).  The cities seeing the highest proportion of car-free households were already getting by with other means of big city transportation (like Chicago, San Francisco and Baltimore) but some cities saw an increase in cars (like Denver, Dallas, El Paso and Austin).

A large part of car-free households depend on the quality of transportation, walkability, income trends and social trends.  Other trends include Americans are owning fewer cars, driving less, telecommuting more, and an influx of people are moving to the city from the suburbs.  The University of Michigan study revealed that almost 40% of DC households did not own a car in 2012.  These trends suggest that car ownership in the U.S. might have peaked several years ago, and more and more young American college graduates are flocking to cities, like DC for jobs and embracing a car-free lifestyle.