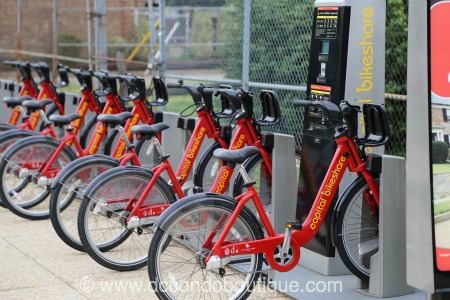 For bicycle enthusiasts, there is no better city to ride a bike in than DC.  Washington surpasses all of its big-city competition (except only Portland, Oregon) as the second best city for cyclists, according to NerdWallet, a personal finance site.  The number of cyclists has been trending upward over the last decade.  Since 2000, the number of bike commuters in the U.S. has increased by more than 60%.

In its rankings, NerdWallet looked at factors such as how many bicycle commuters each city had; bike safety; bike and pedestrian funding by the federal transportation funds; and how many miles of bike lanes, paths and routes there are per square mile.  A whopping 4.1% of DC commuters bike to work, according to NerdWallet.  DC spends more money on bike and pedestrian projects than any other U.S. city thus garnering its bike-friendly status.  The Washington Bicyclist Association works to promote bicycling in the community by advocating for better biking conditions.  The DC Bike Ambassadors keep road conditions safe for fellow cyclists.