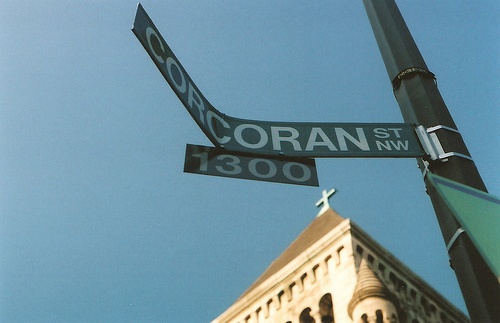 Corner of 13th and Corcoran

Corcoran Street, which runs from 13th Street in Logan Circle to 19th Street in Dupont Circle is a great street for a stroll when passing between these two neighborhoods. This tree-lined street is dominated by Victorian and Federal row houses, many of which have been renovated or restored in a meticulous manner.

Several of the blocks along Corcoran Street have been enhanced with brick sidewalks.  Corcoran Street residents have contributed to the street's ambiance with beautiful landscaping and gardens.  Corcoran Street offers the convenience of an easy walk to both the Dupont Circle  and U street Metro Stations as well as the Whole Foods on P Street and the Safeway at the corner of 17th.