Capitalsaurus: Who Knew DC was the Site for Dinosaur Bones 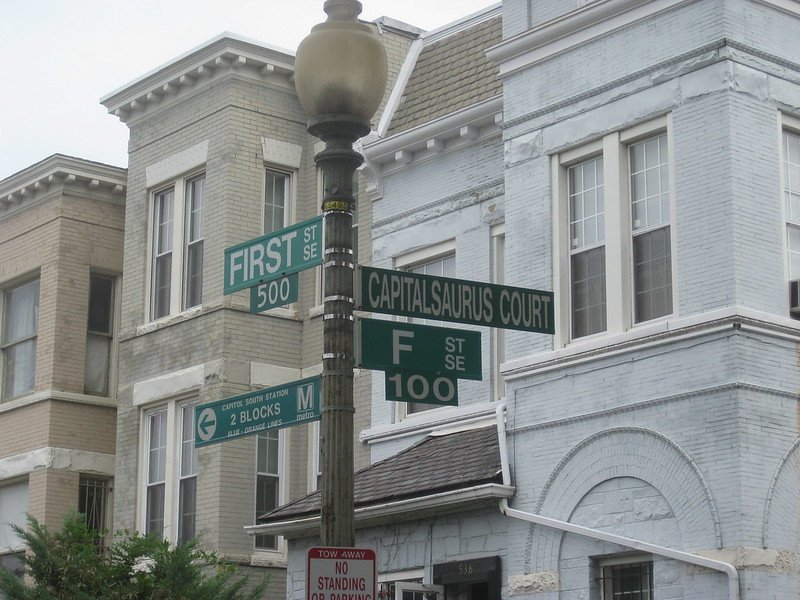 Washington DC is full of history, but one particular find dates back well before the birth of our nation. It’s said sewer workers discovered the first so-called Capitalsaurus fossil while doing work beneath F Street in the late 1800s.

Crews reported finding some strange bones, including a six-inch bone they suspected may have been a dinosaur bone. According to old news reports, it was about 45 feet underground.

Crews ended up sending it to the Smithsonian, which identified it as part of a dinosaur’s vertebrae. Since then, it’s been debated exactly which kind of dinosaur it came from.

It’s suspected the dinosaur bone once belonged to a meat-eating dinosaur, perhaps one about 15-feet tall and 30-feet long. For reference, that’s about the same size as some homes in the area today.

About a decade after it was found, a paleontologist declared it was part of a Creosaurus potens. Later on, another researcher decided it was actually a Dryptosaurus. Yet another scientist examined the fossil in the late 1980s, and announced it was actually a brand new species. This time it was called a Capitalsaurus.

While it wasn’t enough to change the minds of everyone in the scientific world, the name did catch on. A few years later, local leaders made Capitalsaurus the District’s official dinosaur, and even gave it its own official day, which commemorates the day the fossil was first found.

While not everyone is in agreement over which type of dinosaur the bone actually came from, it’s just more proof that dinosaurs once roamed the DC area. It’s said other dinosaur bones have been found during other construction projects and even by area homeowners over the years.