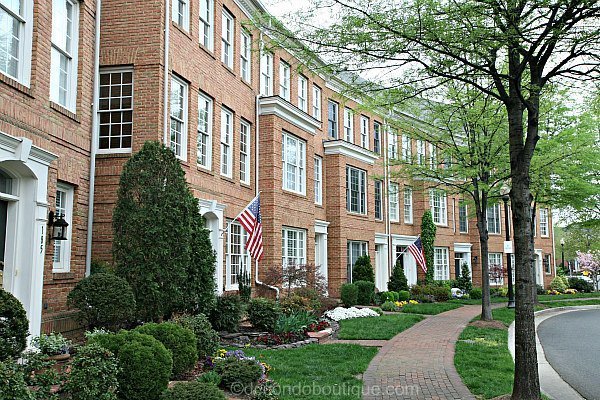 Filled with charm, Cameron Station enjoys the grace of yesteryear, and the conveniences of today. The unique community may have been built up starting in the late 1990s, but it takes its design pointers from a time period going back generations.

The award-winning designs of Cameron Station were built to complement the 18th and 19th centuries, with an old-fashioned, yet recreated, small town setting. You’ll find tree-lined brick sidewalks in Cameron Station, pocket parks and colonial streetlamps throughout the area.

At home on the west end of Alexandria, Cameron Station is a master-planned community full of single-family homes, condos and townhomes. Just as popular with families as retirees, Cameron Station continually delights new residents, while retaining those who’ve already found a home in the neighborhood.

Once the site of an Army logistics center, the neighborhood today has been completely remade. It’s now filled with hundreds of homes, and plenty of amenities and shared community space.

The Cameron Club is a true focus of the community with space for social and business gatherings, a fitness center and gym, swimming and more. You’ll also find several businesses in Cameron Station for grabbing a cup of coffee or relaxing at the salon.

Many of the businesses are within walking distance, including a local supermarket and a pharmacy. Bordered by a park on either end, residents of Cameron Station also have easy access to playgrounds, athletic fields and a seasonal farmers market.

This makes it easy to live in the suburban enclave of Cameron Park, while also enjoying easy access to public transportation and quick highway access leading to the rest of the DC area.