Ballston: An Urban Village in Arlington 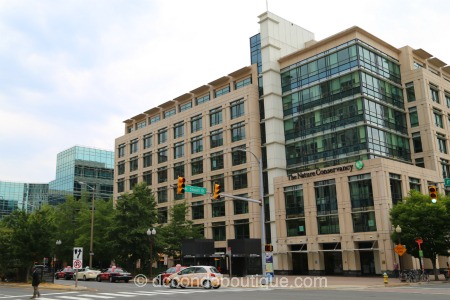 Ballston offers a blend of city and suburban life with great access to both Northern Virginia and DC.  Besides, it’s a cool place to live.  While Ballston is a thriving residential, office and retail neighborhood, it also adopts a suburban feel if you just walk three or four blocks from the epicenter of North Glebe Road and Wilson Boulevard.  This Arlington neighborhood feels like a village with parks and single family homes where residents enjoy quiet streets, shopping and amenities….but it also has a lot of nightlife including restaurants, shopping, a 12-screen movie theater and entertainment.  To top it off, it has a convenient Metro station.

Home to the Ballston-MU (Marymount University) station on the Orange Line of the Metro subway system, Ballston is located on the Wilson Boulevard-Clarendon Boulevard corridor named one of 10 “Great Streets” in the U.S. by the American Planning Association.  The Ballston-MU Metro Station is a major transportation hub, connecting DC’s Metrobus and Arlington buses with Metrorail’s Orange Line.  Near the Metro Station (or because of it), there are offices, residences, hotels, restaurants and sidewalks filled with pedestrians.

Ballston feels like a big-city urban village---a few blocks from the Metro is the Ballston Common Mall, a 4-level shopping mall; the Kettler Capitals Iceplex (which houses the Washington Capitals National Hockey League training facility and ice rinks open to the public); and Ballston hosts the annual Taste of Arlington food festival---an annual street fair in the spring.  Major employers within blocks of the Metro Station are The National Science Foundation, the Nature Conservancy, Quest Diagnostics and Marymount University.