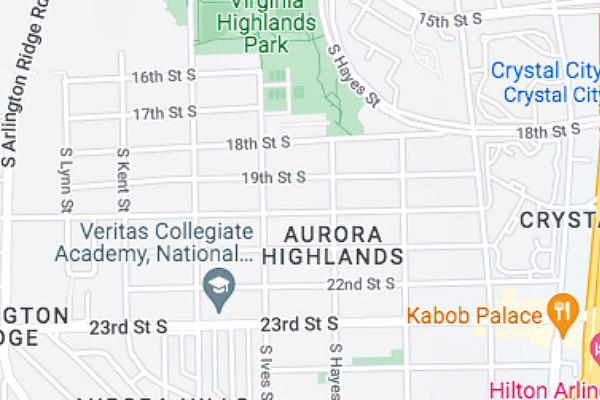 As one of DC’s most walkable areas, charming Aurora Highlands has plenty to offer its residents. Located in Arlington County, Aurora Highlands still feels much like a small town that also has the advantage of being close to a large city.

The nearby Fashion Centre at Pentagon City is a popular mall filled with retailers and some dining spots, while Pentagon Row brings in dozens of stores itself to the area. Nearby Virginia Highlands Park, meanwhile, offers lighted fields, basketball courts, a volleyball court, and a half-dozen lighted tennis courts for outdoor recreation.

Back in Aurora Highlands, the established area offers a mix of real estate, including townhomes, condos, duplexes, and single-family homes. Partially designated as a historic district, there are around a dozen Sears catalog homes still standing in Aurora Highlands.

You will also find some Colonials, Craftsman-style homes, Tudor Revivals, plus even some modern homes in the community. Much of the area grew between the 1920s and 1950s as demand for housing pushed some buyers just outside of the District.

When it comes to finding a walkable village that’s also close to what you need and want in the DC area, you cannot go wrong when you take your home search to charming Aurora Highlands. From its homes to its nearby convenience, there’s plenty to enjoy about living in this part of Arlington.