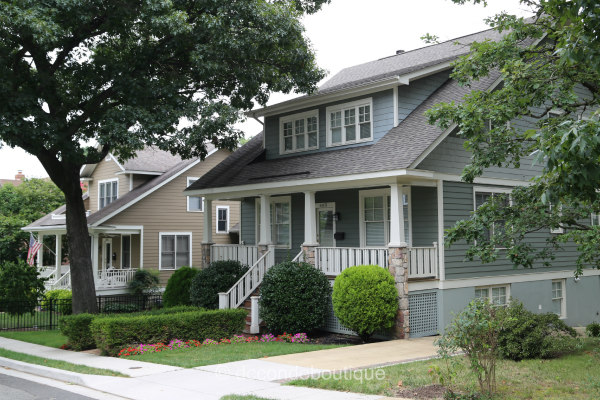 It may have a century of history to its credit, but Arlington’s Ashton Heights neighborhood is also a new construction paradise. This tree-line neighborhood sits in Arlington County, offering up easy access to some of the region’s most desirable urban conveniences.

That’s just one of the reasons people are attracted to this centrally-located neighborhood. Found just south of the Orange Line neighborhoods today, the first homes of Ashton Heights started going up around the time the trolley system moved in.

Flash forward to the 1980s, and the improved Metro made it even easier for prospective residents to consider the offerings of Ashton Heights and other Arlington neighborhoods. While there’s no Metro station specifically in Ashton Heights itself, the neighborhood sits close enough to utilize some of the nearby stations.

It’s within walking distance of Ballston and Clarendon, or residents can easily use one of the major roadways that border the neighborhood. It’s that convenience, in part, that helps draw in new residents and new construction to the area, a full century after the neighborhood first began.

With hundreds of properties to choose from, Ashton Heights offers everything from Cape Cods to Colonial Revivals, Queen Anne and Craftsman-style homes to Bungalows. While the majority of the neighborhood consists of single-family homes, you will also find some townhomes and apartments, but you won’t find any condos.

These days, it’s possible to find several different styles of homes, spanning several different decades on the same street. Some of the smaller, and less well kept homes in the neighborhood have more recently been torn down and replaced with larger, more modern designs.

The new construction homes of Ashton Heights only add to the diversity and charm of the neighborhood. You will also find some parks in Ashton Heights, with playgrounds, fields and even tennis courts.