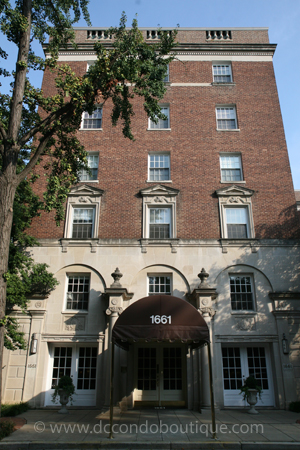 Located in Adams Morgan just off 16th Street is 1661 Crescent Place, a James M. Goode Best Addresses Cooperative.  1661 Crescent is a Georgian Revival building designed by Joseph Younger that opened as a co-op in 1926.  Younger left his mark on DC also designing the Kennedy-Warren Apartments, Sixth Presbyterian Church and the Blackstone Hotel.