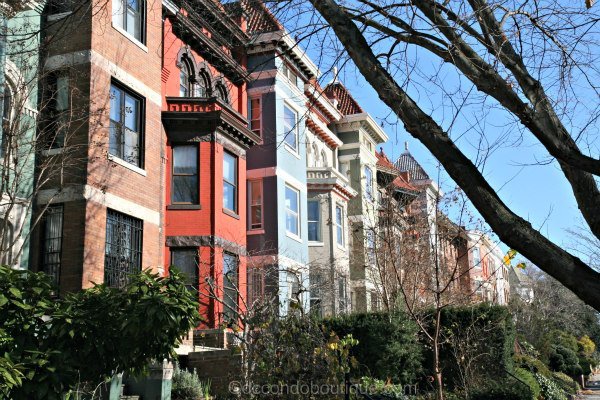 Biltmore Street is located in the Kalorama Triangle neighborhood running between 20th Street NW and Columbia Road.  It features many distinctive architectural row houses in the Colonial Revival, Mediterranean and Georgian Revival styles.  Homes along Biltmore were developed in the early 20th century and many have been restored to this periods grandeur.